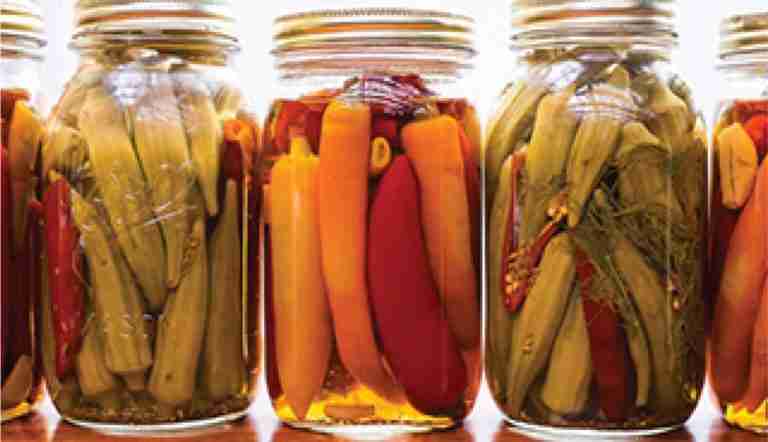 In the Screen Door office, we have a ton of southern cookbooks. They’re not helpful in a commercial kitchen, but they paint a picture and they inform in their own way. Every old recipe and remembrance charted in our collection of Junior League cookbooks, books written by lovers of hospitality and chroniclers of family traditions and histories tells us a story. They represent a foodway that is a synthesis of its time and place and the heritage of the people that provided the recipe and enjoyed it with their friends and family.

In all of my books and reading, the best succinct overview of southern food history is in the foreword of Damon Lee Fowler’s Classical Southern Cooking. He gives proper credit to African-Americans for their outsized contribution and in many cases, the origin story of southern foods. Their expertise as laboring cooks melded with the colonial culture foodways and created many of the foods that we think of as distinctly southern today. Fowler contends that “…we can summarize Southern cooking by saying that it was founded on English (or Northern European) cooking, enriched and nourished by new, native (and African) ingredients, and transformed in the hands of African cooks. These elements were brought together during the colonial days and, fed by the rich, abundant produce of an agricultural economy, gradually solidified into the remarkable collection of cuisines that we now know today as Southern cooking.” I highly recommend reading his book for a good overview. For more depth, I recommend The New Encyclopedia of Southern Culture, Vol. 7: Foodways as well as The New Encyclopedia of Southern Culture, Vol 3: History. 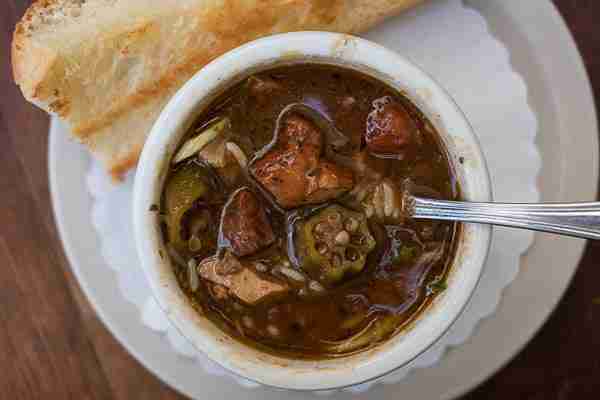 The south is a big place and like Fowler says in his essay, “Most people talk of Southern cooking as if it’s something that has neat, distinct boundaries, as if its story is obvious and easy to tell. I wish it were. You see, the trouble with talking about “Southern cooking” as such, is that there really isn’t any single such thing, and those words can mean a million completely different things to as many people. To begin with, the South as a region is bigger than Europe (the state of Georgia is, by itself, almost half the size of France) and within its loose boundaries is a blending of as many different cultures as Europe has countries. What I grew up knowing as Southern cooking in the Carolina hills would be unrecognizable to a Louisiana-bayou Cajun, let alone to a Virginia-Tidewater aristocrat. There are similarities, but between the three there are endless differences in climate, terrain, and produce—not to mention attitude.”

I agree with this perspective, as I came to know it all too well once we began to present our understanding and experience of Southern food to our Portland audience. Before we opened Screen Door, we wrote our first menu as part of our business plan. It was strongly rooted in south Louisiana traditions because this is what we knew and what we wanted to share. However, when we shopped it around to our friends and colleagues, the consensus was that it was too foreign and unapproachable. At that time, the Portland food scene was much smaller and there was a basic need for menus that could appeal to a wide audience. We went back to the drawing board and with help from family around the south, my culinary education in Charleston, South Carolina, and our own travels and experiences around the south, we wrote a menu that focused on the comfort food aspect a from all around the south rather than a historical homage to one place in the south. Listening to the advice of our friends and colleagues proved to give us a good start. Our menus have continued to evolve as we listen to feedback from our guests and employees. 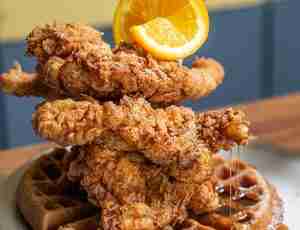 One example of this is our famous chicken & waffle. It was not on our opening menu at all. We only added it at the request of a very regular customer. Of course, we made it our own with the contributions of our employees, feedback from our guests, and many hours of product testing from our pastry chef, Erin Eberlein-Sage. I’ve heard many people claim chicken & waffles as a southern food, but I really do not believe that it is. I never heard of this combination growing up in Louisiana, nor has anyone in my family. The most plausible origin story that I have heard is that it originated in Harlem’s all-night diners during the Harlem Renaissance. Black entertainers would dine in the early morning hours after entertaining in Manhattan but not being allowed to sit in a white diner. They would go at a time that was after dinner but before breakfast where some people may have had a taste for breakfast and some for dinner. Eventually the combination of chicken & waffles was struck. There may have been a southern connection from some of the cooks and diner owners, but sadly this history may be lost. Regardless, it is a very tasty combination. We put our own spin on it, making the waffle a sweet potato waffle and the chicken boneless and easy to eat. Our guests love it and we love it. This is an example of something that made it onto our menu from popular demand rather than from a family tradition. 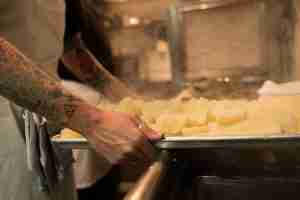 Before opening Screen Door with my husband David, I had a long history of working at restaurants. I worked since the age of 14 in small independent restaurants in New Orleans and the surrounding area. In my early 20’s I moved to New York and in my mid 20’s to Portland. Over the years, I had worked in a couple of Italian restaurants. A common occurrence was customers complaining that the food was not like how their grandmother used to make. If you know anything about Italy, it has many regions and many distinct food traditions. It would have been more odd if it was exactly like their grandmother used to make. The same idea applies to southern food. We’ve had customers tell us that they lived all their lives in South Carolina and never once heard of shrimp and grits served together. Hard to believe, but maybe it’s true. Regardless, we have concentrated on what southern food means to us. We try to recreate those blissful experiences where time and place, season, heritage and tradition all converge to allow you to experience something truly distinct and special. Like you, wherever you grew up, those food memories are seared into our hearts and souls, and that is what we’re trying to recreate here at Screen Door. Whether it’s my mom’s fried fish with the crisp cornmeal dredge, or the best red beans and rice I ever tasted, or teaching myself the science behind what made those peel-apart layers in my grandmother’s biscuits. Each foodway is a personal memory. I have always had a voracious appetite for collecting these foodways, because it’s like collecting something at once ephemeral and intangible but it’s also a capturing of a promise to experience it again and not only experience it, but gain the joy of sharing it with others. For those guests who know southern food, we hope to evoke a sense of nostalgia and remembrance.For folks that have never experienced southern food, we get to be the ambassadors by recreating our food experiences and memories that capture a time and place near and dear to our hearts and souls. 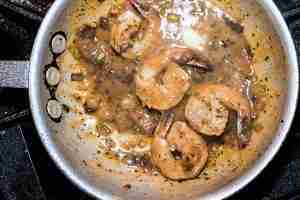 In fact, the very name of our restaurant is about this idea of time and place. For me, it was eating dinner with my family on my grandmother’s large, square screened porch in the waning heat of long summer days, with the screen door slamming shut every time my siblings and cousins and I ran in and out. The porch was hemmed in on one corner by a camellia bush and the view out the back of the house toward the river overlooked a large lawn surrounded by pine forest. I was fortunate to grow up in such a deeply beautiful natural setting, free to run in the woods and play in the river with my siblings, cousins, and a shaggy dog or two. I was blessed with a loving grandmother, adoring aunts and uncles, and my wonderful parents. Do I have charming stories about learning to cook at my grandmother and mother’s instruction? In spades, yes. However, I always feel kind of cheap telling those personal stories in order for people to understand us. And, even if I did create a Screen Door dish from a childhood memory or from my mother’s instruction, the journey that those raw ingredients took to get to your plate traveled through the efforts of many contributors. From the cook who took the care to get it just right before it reached you or the chef who tirelessly makes certain that it is always consistent, each dish is meaningful The ideas may have originated from me, my husband, or our experiences growing up in south Louisiana, but it’s a whole team of people who throw this party everyday and I believe that the bulk of the credit belongs with them.